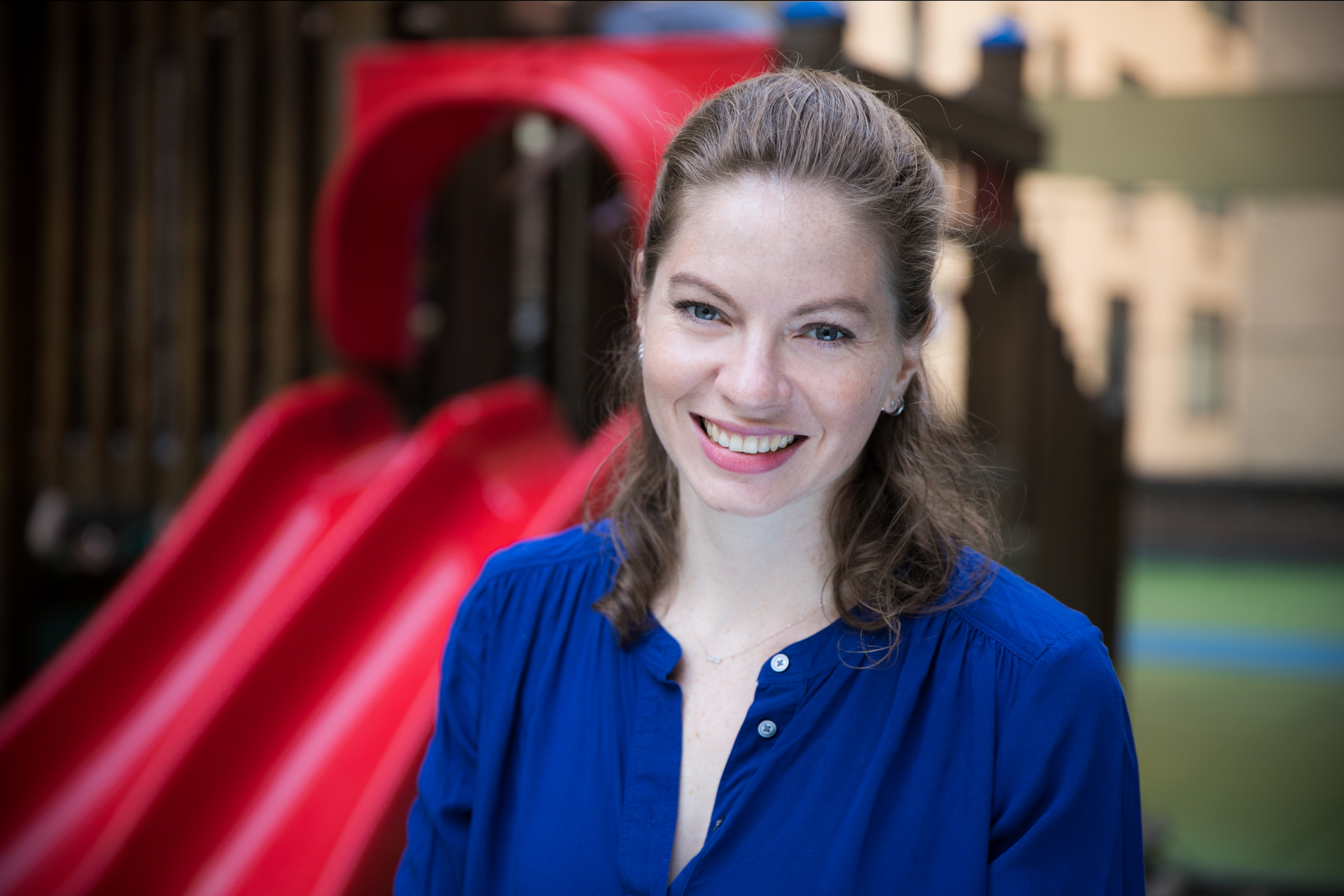 Molly M. DeGesero is honored to serve the Park Avenue Methodist Day School community as Director. Since 2005, Mrs. DeGesero has been a fierce advocate for Early Childhood Education, particularly teaching children to learn, through creative, directed, interactive ‘play with a purpose’. She feels that a child should be met where they are and gently guided forward. Children who are given the space to grow and build their skills in a supportive environment develop confidence and kindness toward others. She has innovated programs with proven results, at some of the top schools in New York City. Molly has a passion for children, a talent for education and the enthusiasm to combine them to create an unmatched early-learning experience.

During her tenure as a Kindergarten teacher at the Washington Heights Expeditionary Learning School (WHEELS), in Manhattan, Mrs. DeGesero also filled the role of Team Leader of the Kindergarten Division, where she worked with teachers and specialists to establish consistent educational practices and conducted Professional Development workshops.

As Kindergarten teacher, and later the Faculty Leader for 4s and Kindergartens, at the Blue School in Manhattan, Mrs. DeGesero received acclaim for incorporating such innovations as curriculum created around sociologically and environmentally critical issues as Nature in the Urban Environment.  It was at Blue School that she developed a deep commitment to project-based learning, emergent curriculum, and the Reggio-Emilia approach to education. During her 6 years at Blue School she developed grade level projects, held teacher leadership roles, ran workshops, presented at conferences, and was an active spokesperson for the school. Molly was chosen to present the school’s philosophy and curriculum with founders to The New York Times, Huffington Post and CNN.

Mrs. DeGesero has conducted presentations for educators and parents at the Teaching Innovations Conference on the use of digital portfolios using Google Sites in a Kindergarten Classroom, the process of project-based learning in a Kindergarten Classroom as well as the use of documentation and reflection with children to create curriculum. Molly has authored a staff-development handbook, Sensory Responsive Classroom (Kindergarten – 2nd Grade): on creating a classroom that supports the sensory development of all students and teaches children about their sensory needs.

Mrs. DeGesero graduated from Sarah Lawrence College, with degrees in Education and Developmental Psychology, and Arts in Dance. She has her Masters of Science in Education from Bank Street College of Education.

Molly is a proud life-long resident of New York City raised in a family of educators, who began her career as a modern dancer and currently lives in Harlem with her husband, Randy, and their dog Uno. 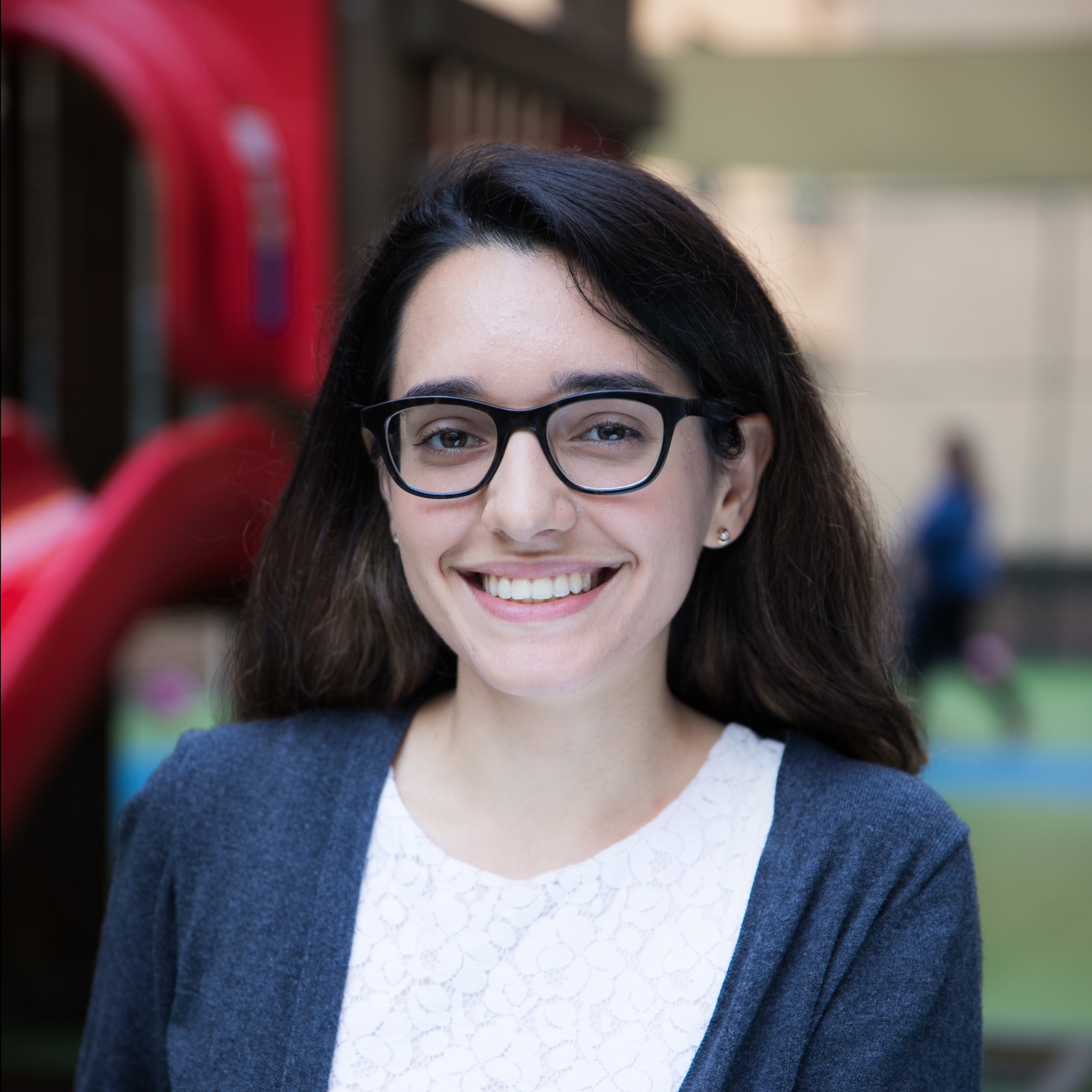 Presley Rodriguez first joined the Park Avenue Methodist Day School team in 2016. She is a Queens native and an alumna of Boston University. Outside of the school office, Presley can be found spending time with family, reading, museum hopping and strolling through Central Park.

Jessie Wayburn is a recent transplant to Brooklyn from Oakland, California. She is a native of South Carolina, where she received her BA in Theater at the College of Charleston. Her stage management career, over 20 years of experience in childcare and education, and her recent certification as a COVID-19 Compliance Officer through Health Education Services have prepared her for her role as the Health Check Manager. Her interests are mainly in creative pursuits including knitting, crochet, sewing, cooking, baking, and writing.

Jeanne-Marie McEnerney holds a Bachelor’s of Science in Human Development from Cornell University and a Master’s in Childhood Education from St. John’s University, and she completed a post-baccalaureate premedical program at Hofstra University. Jeanne began her teaching career at The United Nations International School in 1999.  She then went on to teach lower school science at The Browning School, combining her dual interests in education and science. In 2014, upon returning to NYC after several years of living in London, Jeanne accepted an admissions position at Park Avenue Methodist Day School. She has had various roles throughout her tenure at PAMDS.  She was director of the summer program in 2016 and taught in the 3s/4s class for one year.  Since Jeanne loves to be in the classroom, she continues to assist the teachers, subbing and helping out with class projects when she is not busy with admissions. During her downtime, Jeanne enjoys painting and spending time with her family.

Suzanne Dickman is a native New Yorker who has loved working with children for over 35 years. Suzanne holds a bachelor’s degree in Spanish from Tufts University, a juris doctor degree from St. John’s University School of Law and a master’s degree in education from Hunter College, as well as New York State certification.  She fulfilled her high school community service by working in her own second grade classroom at Fieldston Lower, and she spent every summer during college as a camp counselor and group head. After graduating from college, she took a brief detour, attending law school and practicing law for two years.  She then decided it was time to pursue her true passion of working with young children. She began her teaching career as an assistant in first grade and kindergarten at the Ethical Fieldston School and then became a head Threes teacher at the Rodeph Sholom School.  Suzanne loves creating an environment in which her students feel comfortable to explore and make their own choices.  Outside of school, Suzanne enjoys spending time with her family and working as a Spanish tutor.  She is thrilled to return to the Twos classroom with Marcella.

Marcella McGuire is a graduate of the National College of Art and Design, Dublin, Ireland.  She has enjoyed raising her two children, now teenagers, in New York City and participating in all their activities.  Marcella has volunteered extensively in the art rooms and libraries of her children’s schools.  She is extremely passionate about art education and children’s literature.  Marcella worked as a substitute teacher at PAMDS and is excited for her fourth year in her own classroom.

Sophie Laird is a native New Yorker whose first word as a child was, “taxi.” After graduating from Vassar College with a BA in psychology and art history, Sophie spent some time in Orlando working in the entertainment department at Walt Disney World. Having experienced the joys of creating magical moments for children and families, she returned to New York City and completed a master’s in early childhood education from Teachers College, hoping to provide more long-lasting magic and joy for children within a classroom setting. Ironically, she has found that her students often end up generating more magic and joy for her.

Chelsi Clark is a native of Dallas, TX who transitioned to the “Big Apple” as of June 2019. She received her B.A. in Music from Prairie View A&M University in the Fall of 2008. She previously served as an assistant teacher at St. Albans Early Childhood Center for Pre-K 3 in Washington, D.C. In Dallas, she was a voice instructor and a fundamentals of music teacher at the Lakewood Fine Arts Conservatory for 9 years. She was a dedicated substitute teacher for 8 years in Rockwall ISD for kindergarten, resource & inclusion and life skills. Chelsi believes that all children are capable of learning whether it be visual, aural, verbal or physical.

A born-and-raised Brooklynite, Annabelle Baylin holds a Bachelor of Arts in Mindfulness in Education from NYU and a master’s in Early Childhood General and Special Education from Brooklyn College. She has taught PreK, Kindergarten, and 1st grade at both the Packer Collegiate Institute and Blue School. While she loved her years in Kindergarten and 1st Grade, she has a particular fondness for PreK. Some of her passions as a teacher include: bringing mindfulness into the daily routines of the classroom, facilitating an emergent curriculum, early literacy, engaging in conversations about social justice with children, and making music. In her free time she enjoys studying Indian music, spending time exploring NYC and upstate NY with her wife, and obsessively photographing their two Bengal cats.

Claire Fleitz is thrilled to be joining the PAMDS family this year in the 3s/4s classroom alongside Annabelle. Claire is a theatre collaborator and educator who has done extensive work using the devised theatre method to create new and unique projects. After experiencing immersive theatre for adolescents and adults, Claire wanted to find a way to bring interactive theatre to younger audiences through education. Claire’s experience has led her to apply theater primarily in the classroom through collaborative theatre with elementary aged students. She loves to facilitate her students through improvisation activities in order to build original plays and musicals. She is excited to use these experiences and tools to enhance the PAMDS classroom through creative play and world building. Claire is originally from Florida, but has felt like a New Yorker since the moment she moved here. She loves walking down the Hudson River and snuggling her cat, Hazelnut, while enjoying the joyous sounds of the Washington Heights streets.