to a Light/Shadow Inquiry Cycle

Children were fascinated with their reflections in the mirrors around our classroom. They began to ask, “How did I get in there?” and “Is that my twin?” We took a variety of steps as group to further this line of questioning. We introduced more mirrors in strategic places around the classroom, including blocks, Making (an upcycled materials area), and Dramatic Play. We brought a projector onto the red rug for Dramatic Play that cast bright light and created shadow. For several months, children explored using the projector to create shadow characters, make themselves larger than life, and project color to change their environment. We took this a step further on our play roof by exploring how we can transform our shadows to look like something else, and in the process demystified the sometimes-scary shadow. 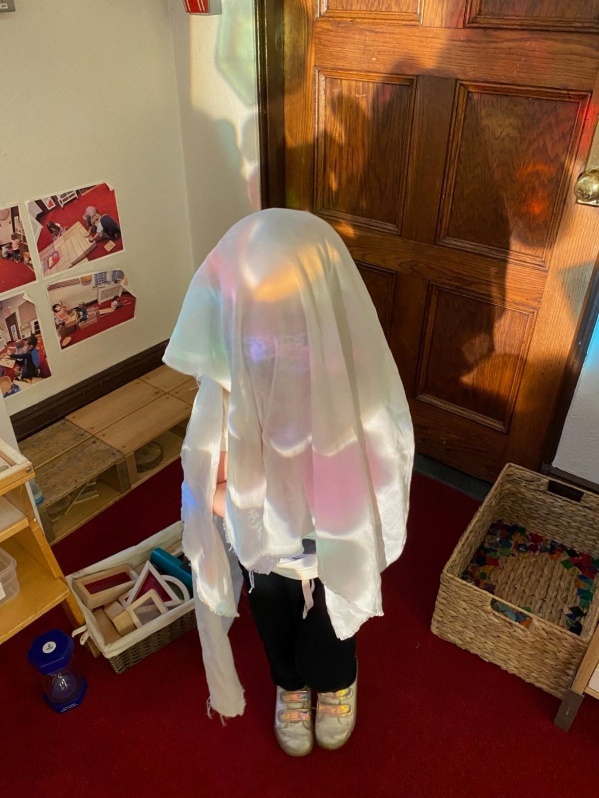 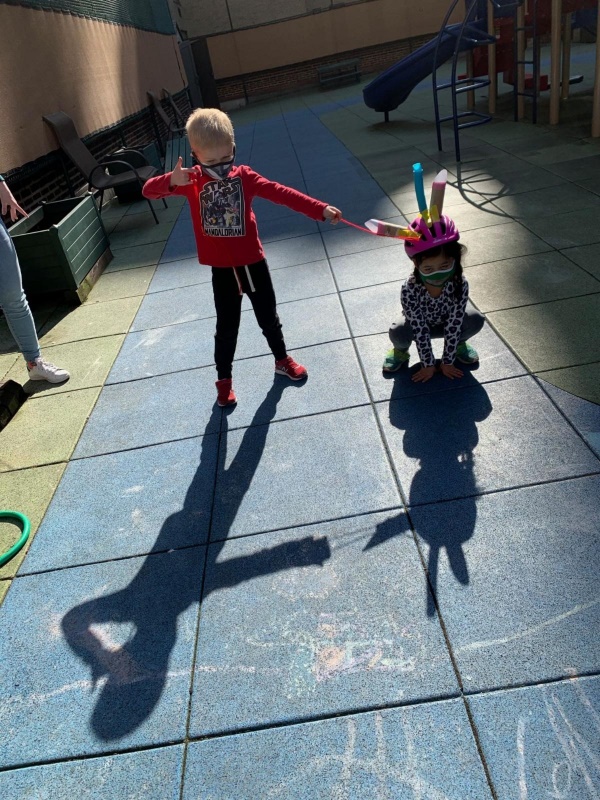 Children transform their shadows into Spiderman saving a Caticorn

Simultaneously, children began to create “Kitty World” in Making. This consisted of upcycled materials transformed into different aspects of a town and this town naturally reflected the Anti-Bias and Social Emotional conversations taking place throughout the day. For instance, the buildings had ramps and stairs to ensure that entrances were equitable for all “kitties” and the police office was renamed “The No Weapons Talking Place” so “bad guys” could talk about the choices they made and how to make better ones. Throughout the year, children explored concepts of Identity, Diversity, Justice and Activism in conversations, modeling, interactions, and literacy. This all came out in their play through making Kitty World.

The teachers reflected on how to bring this learning together to culminate the year and the idea of a puppet show started to take shape. The group watched a short video of a shadow puppet play of the familiar story, The Lion and the Mouse. Children noticed that the light in the shadow theater was coming from behind, and that the shadow puppets were created by cutouts. They watched a second video of a traditional shadow puppet show in China, where shadow puppetry originated thousands of years ago. The children observed that those puppets were colorful, and they hypothesized that the material used must be clear. This understanding came from months of playing with the projector and learning that light can pass through and project transparent objects but will only project the shadow of an opaque object.

Everyone felt very inspired and children learned how they could make their very own puppets to use with a homemade shadow box in our classroom. Children got to work creating puppets using cardboard, brass fasteners, tape, and straws as the handles. 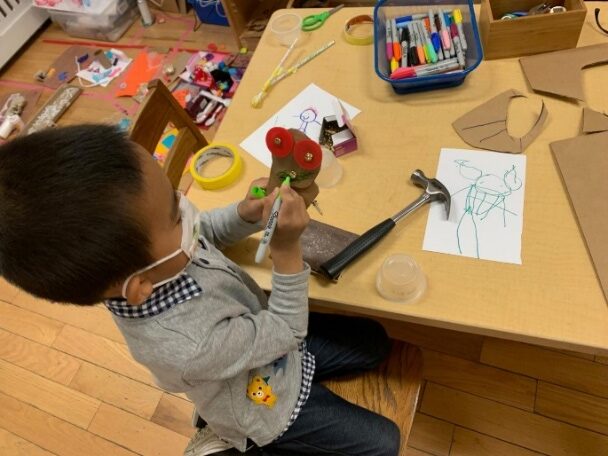 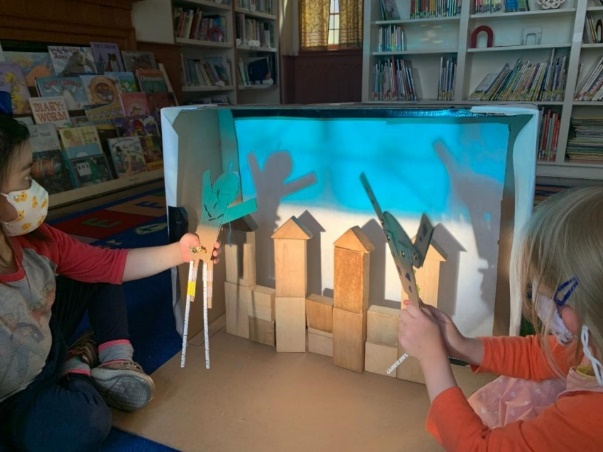 As characters took shape in Making, a story started to emerge that wove together their understanding of Social Justice and the ever-evolving story of “Kitty World” in Making.  One issue that the class felt particularly strong about was ensuring that all living beings have clean water to stay healthy. This idea came from children’s real-life experiences of seeing dirty rivers in New York City, as well as reading Indigenous stories about climate justice such as We are Water Protectors by Carole Lindstrom.

In May, children collaborated on a story, wrote a script, and filmed their pieces of the puppet show. The puppet show script also tied in all of the class’ “Intentions,” which are set at the beginning of a week and reflected on during Mindfulness practices, during daily read-alouds and other group conversations. For example, the group discussed such concepts as Open, Persistence, Equity, and Integrity. They truly set the tone for a year of working and learning together.

The group wrote and practiced an original song, which they performed at the end of the film. Once it was all put together, they proudly held a viewing party with their families over Zoom where they fielded questions from the audience and celebrated a year of learning.